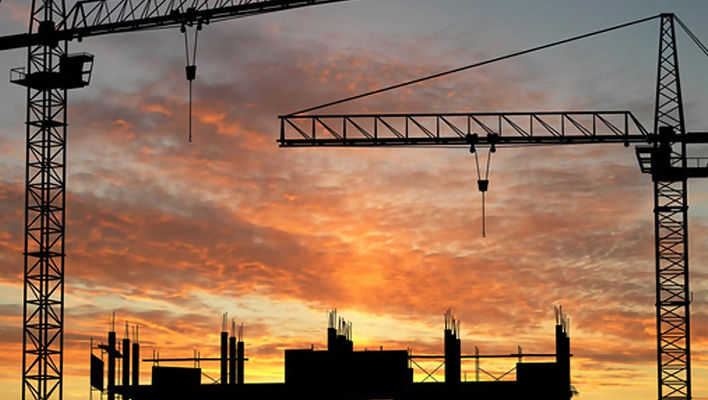 Britain’s builders enjoyed the strongest growth for seven months in August but the surge in activity put further strain on already tight supplies of materials and skilled workers.

Against the backdrop of rising house prices, home building continued to lead the construction rebound. Civil engineering was also buoyed by infrastructure spending and commercial construction grew strongly, according to the Markit/Cips UK construction PMI survey.

But there were fresh warnings that skills shortages and pressures on supplies could hamper growth over the rest of the year. That follows a report last week of booming pay deals within the sector as companies struggle to attract bricklayers and other skilled workers.

The latest poll of construction businesses flagged up rising pay and materials costs.

“The resurgence in construction has entrenched itself after a summer of blistering growth but builders should prepare for growing pains this autumn as the sector labours to recover lost capacity,” said David Noble, group chief executive officer at the Chartered Institute of Purchasing and Supply, one of the groups behind the survey.

“An encouraging 15 months of sustained employment growth – the longest since 2006-2008 – is revealing a major skills shortage in the sector.”

The compilers cited a summer boom in job creation, with hiring in August close to the record pace recorded in July. Subcontractor usage surged at the fastest rate since the survey began in April 1997, prompting a record drop in subcontractor availability and a steeper increase in rates charged. Echoing reports of brick shortages from builders, delivery times for building supplies lengthened to the greatest degree since the survey began.

The report’s main output index jumped from 62.4 in July to 64.0 in August, signalling the largest monthly rise in building activity since January and one of the largest in the survey’s history,

Chris Williamson, chief economist at survey compilers Markit, noted mixed signals about the future. On the upside, new orders continued to rise strongly in August and business expectations about the year ahead picked up. But he added: “The concern is that shortages of both raw materials and suitable subcontractors could start causing growth to slow, and could push up inflationary pressures within the sector.”